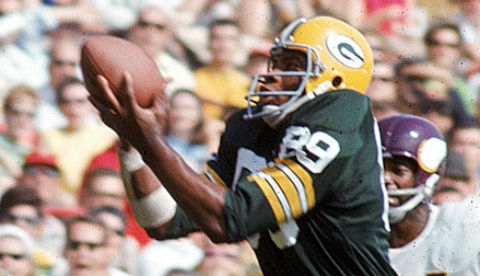 Former Green Bay Packers linebacker Dave Robinson might finally be getting the long overdue call for the Pro Football Hall of Fame.

Robinson was named one of two senior committee finalists on Wednesday.

Before we get to Robinson’s accomplishments, we should point out how this convoluted process works. Robinson had to be chosen as a finalist by the senior committee, which is made up of nine old timers from the 44-member Hall of Fame selection committee. The senior committee has to give the full committee two finalists each year from the pre-1988 era. The idea being, some of these clowns on the selection committee are too young to remember deserving guys from other eras who may otherwise have been overlooked. In the end, Robinson has to get approval from 80 percent of the full committee to gain induction into the Hall of Fame.

Robinson also made some pretty memorable plays. Probably most notable is when he blitzed Dallas quarterback Don Meredith in the 1966 NFL Championship game, forced a wobbly throw that was picked off by Tom Brown and ultimately sealed the Packers victory. After the play, he was famously chewed out by Vince Lombardi — despite saving the game — because he was supposed to be in coverage on the play.

Today, we’d call that instinct. Lombardi called it something else though.

Robinson has some time to politic, but he clearly deserves to be among the all-time greats in Canton.

Previous Article
We Don’t Need No Stinkin’ Seats!
Next Article
Evict the Bastards!