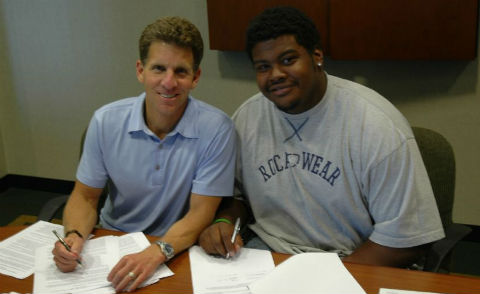 On this very date in 2007, the Green Bay Packers signed the unstoppable force that was Justin Harrell to his first contract. Harrell is clearly Ted Thompson‘s finest draft choice ever.

He was selected No. 17 overall out of Tennessee even though he missed most of his senior season with a torn biceps tendon. Harrell, who was the picture of physical fitness when he showed up in Green Bay, got a six-year, $15 million deal with $8 million guaranteed.

He would go on to dominate the game like no one else. Just look at these eye-popping stats.

Wow! That’s an average of nine tackles per season, people!