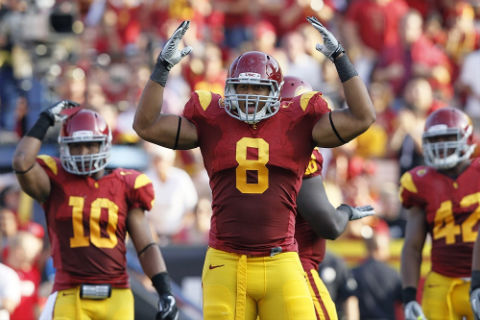 As the Green Bay Packers enter training camp, the local media hacks give you position-by-position previews. Well, those were handy when Forrest Gregg was the coach and you didn’t know half the guys on the roster.

Much like the newspapers they’re printed in, but that’s another story…

The Packers are set at most every position. In fact, they’re overstocked at a few. So, instead of running through every position, we’re here with the top five questions training camp needs to answer.

1. Who is going to separate themselves on the defensive line?
The Packers took one of last season’s biggest weaknesses and added a bunch of guys to the mix in hopes of remedying the problem. Joining holdovers B.J. Raji, Ryan Pickett, Mike Neal, C.J. Wilson and Jarius Wynn are draftees Jerel Worthy and Mike Daniels, free agents Anthony Hargrove, Phillip Merling and Daniel Muir and Lawrence Guy, a 2011 draftee who lost last season to injury. Practice squad player Johnny Jones is also in the mix. If you lost count, that’s 12 guys competing for six or seven spots. Complicating matters is Hargrove’s eight-game suspension and Neal’s four-game suspension. Consider Raji, Worthy, and Daniels locks to make the final roster. Hargrove and Neal won’t count against the roster until their suspensions are up, so expect the Packers to hold off on making a decision on them until they return. That leaves three or four spots to start the season for Pickett, Merling, Muir, Guy, Wilson, Wynn and Jones.

2. Is the running game going to be any good and does it even matter?
James Starks was supposed to break out last season after his stellar playoff performance during the Packers Super Bowl run. Instead, he rushed for just over 500 yards and missed several games due to injury, a recurring theme thus far in his NFL career. Similarly, third-round pick Alex Green tore his ACL and missed most of the season. So what do the Packers do in the offseason? They completely ignore Ryan Grant in free agency and give the keys to the running game to Starks and Green. The guys behind them are all undrafted free agents. Not only should that tell you something about the Packers trust in these two young runners, it should also tell you something about the Packers offensive philosophy. That is, who gives a shit about the running game? If we recall correctly, the Packers passed about 80 times per game last season and ran it about two while going 15-1. They obviously don’t need a running game. That being said, if Starks and Green can stay and get healthy, they just might have one, which would be rough for opposing defenses.

3. Is Marshall Newhouse the answer?
He better be. The Packers discarded veteran left tackle Chad Clifton in the offseason, which was probably slightly overdue. That move essentially turned the job of protecting Aaron Rodgers‘ blind side over to Newhouse, who filled in as an injury replacement for Clifton last season. To say Newhouse’s performance was uneven is an understatement. Still, the Packers are expecting the former fifth-round pick to improve this season and grab hold of the job. If he falters, last year’s first-round pick Derek Sherrod is waiting in the wings, although he’s coming back from a broken leg. That makes it all the more important that the Packers get Newhouse ready and he rewards their faith in him.

4. What the hell is going on at receiver?
Greg Jennings, Jordy Nelson, Randall Cobb, Donald Driver, James Jones, Tori Gurley and Diondre Borel. The Packers have seven NFL-ready receivers right now. They’ll only keep five or six. Jennings, Nelson and Cobb are locks. That means at least one guy from the group of Driver, Jones, Gurley and Borel are out. In order, you’ve got a past-his-prime veteran who’s a fan favorite, which makes him very difficult to cut, an inconsistent big-play threat who’s been consistently mentioned in trade rumors, and two practice squad guys who were both offered contracts to join other teams last season. The competition for the final receiver spots should be fierce and could result in someone getting traded.

5. Can the rookies contribute?
Since the Packers used all but two of their draft picks to shore up their crappy defense, the rookies better contribute. Nick Perry and Jerel Worthy are projected to be starters at outside linebacker and defensive end. Cornerback Casey Hayward could see a lot of playing time in the Packers dime defense. Mike Daniels is expected to contribute as an inside pass rusher and Jerron McMillian could push for a starting spot at safety opposite Morgan Burnett. Will these guys be ready to play right away? Some of them should be and more accurately, some of them have to be for the Packers to improve their last-ranked defense.

The first practice of training camp is Thursday morning.