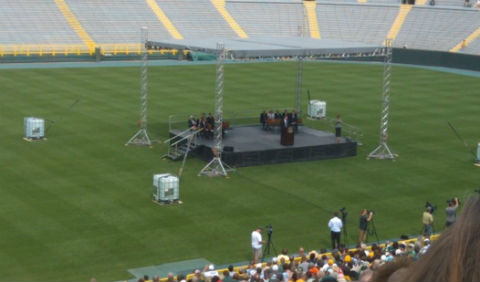 My god, was that boring!

What did we learn at the Green Bay Packers Shareholders Meeting? Not a hell of a lot. The Packers released the highlights of their financial report already and they didn’t really divulge any new information at the meeting.

Ted Thompson, who got a mildly surprising standing ovation, had this to say: “Blah, blah, blah. I need a new pair of shorts.”

So here are the important things. The new video boards are finished and operational. The new seats are moving along and will be done next year. More renovations, including a new Atrium and larger Pro Shop and Hall of Fame are planned. There’s also a new gate that should make getting in and out of Lambeau Field easier.

There are now 360,000-plus shareholders that own more than 5 million shares in the Packers.

A boatload of them showed up to Lambeau Tuesday morning. The west side of the stadium was almost completely filled, as you’ll see from my shitty view.

And what did these yahoos, all of whom were wearing Packers gear, give the biggest cheer for? Of course it was when Murphy reached below the podium and said, “We did bring one trophy back this year,” and pulled out Donald Driver‘s Dancing With the Stars trophy.

Standing ovation, minus me, my brother and my old lady.

These photos aren’t the best, but they’re pretty much what it was like to be there. So there’s that. 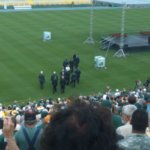 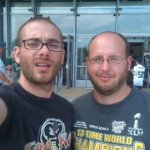 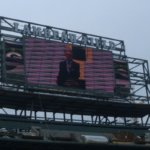 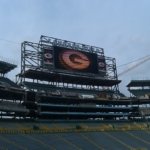 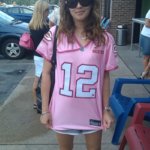 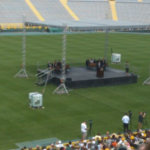 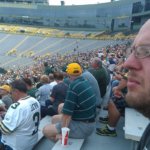 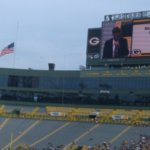 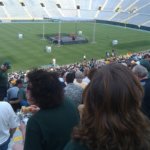 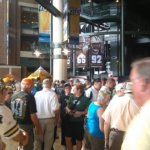