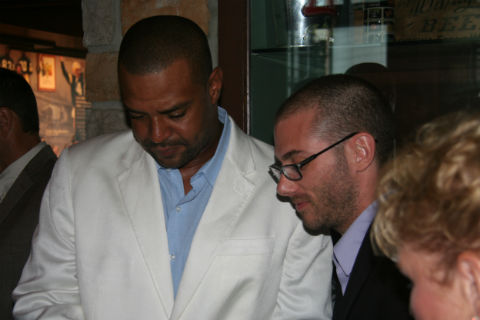 Yeah, I went to the Green Bay Packers Hall of Fame Induction Banquet last night because I am that awesome. Mike Holmgren, also known as The Walrus around these parts, was enshrined.

Here’s the scene. It starts with a VIP reception with free booze and a bunch of Packers people. It’s here I see Willie Davis, Randall Cobb, Edgar Bennett, Antonio Freeman, Mark Murphy, Bob Harlan, Ron Wolf and the king-sized Walrus himself, Mike Holmgren. This is also where I get a few autographs, shoot the shit with a few people and drink a lot of beer.

Then we go down to the banquet in the Lambeau Field Atrium, where I’m seated at a table with Freeman, Derrick Mayes and Jay and Gloria Irwin, who are the greatest play-by-play man of all history, the late Jim Irwin‘s son and wife.

Me: So, you’ve got to tell me. Max was always loaded by the third quarter, right?

Jay: No. He didn’t really drink. He was on the phone to his bookie before kickoff every Sunday though. That’s why he’d say weird things toward the end of the game like, “Ah, looks like New England’s going to pull it out.”

And the legend of Max McGee grows.

Seated at the table next to me are LeRoy Butler, William Henderson (Hondo!) and Willie Davis. All of these guys, including Freeman and Mayes, would duck out before the program ended to avoid autograph seekers.

Holmgren and his boys do not duck out. Neither does Bennett or Ted and Mike, who are also in attendance.

Here are a few nuggets of wisdom from The Walrus himself.

On the Packers success under his regime:

“Everyone in the organization, you do it to the best of your ability. That’s what we had back then… If you have that, you have a chance.”

On the Packers organization:

And his final remark was this and he broke up after it.

“You folks, with this evening have really put the frosting on the cake.”

Three men got standing ovations on the evening — Holmgren, Ron Wolf, who was Holmgren’s presenter, and Bart Starr, because he’s Bart Fucking Starr.

Oh, and then there was Randall Cobb guaranteeing a Packers Super Bowl. When he received his rookie of the year award, he ended with this one.

“As one, we’re gonna chase this goal and we’ll see ya’ll in New Orleans.” 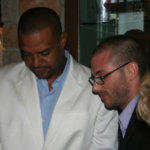 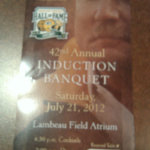 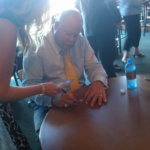 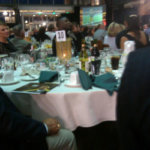 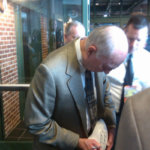 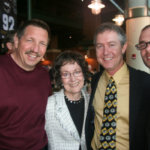 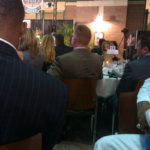