Aaron Rodgers Wins ESPY, Does Some Other Stuff [Photos] 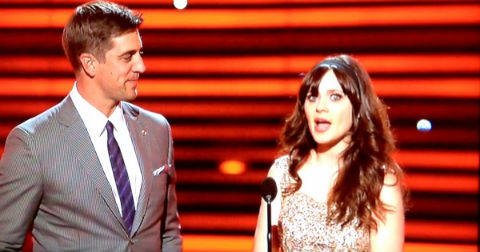 ESPN’s annual circle jerk award show, the ESPYs were last night, and Green Bay Packers quarterback Aaron Rodgers took home the award for NFL Player of the Year for the second year in a row.

At least that’s what we’re told. We’ve never watched that stupid show. Like most self-respecting sports fans, we were watching Robert Redford get seduced by Kim Basinger‘s evil, cursed vagina and then saved by the chick who boiled the rabbit in Fatal Attraction in the seminal baseball film, The Natural.

Anyway, some other people won some stuff at this fake awards show as well. They will remain nameless, except for L.A. Kings goaltender Jonathan Quick, who lives in L.A. like me and is therefore, awesome.

Rodgers also presented an award. We have no idea what it was, but apparently James Harden has a son and that’s who won it. He presented with doe-eyed Zooey Deschanel, who’s actually a better musician than she is an actress. Look into it.

He may or may not have banged her backstage, but Rodgers definitely stood around looking studly after the show, posing on the red carpet like some kind of Hollywood icon with a steely look in his eyes. Oh, you’re such a dreamboat, Aaron!

So there’s your ESPYs wrap-up. You don’t even need to watch Sportscenter now. 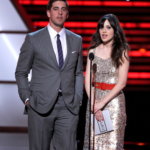 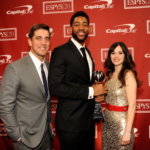 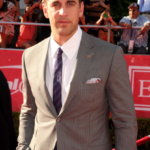 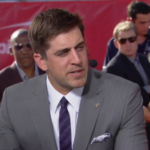 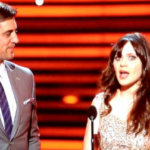 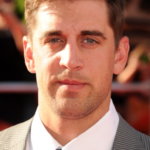 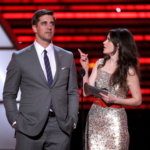 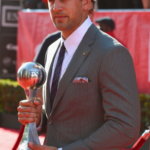 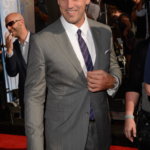 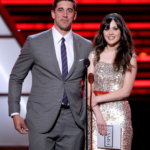 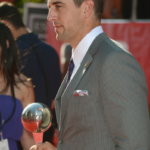 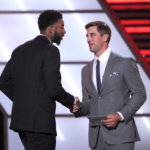 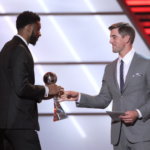