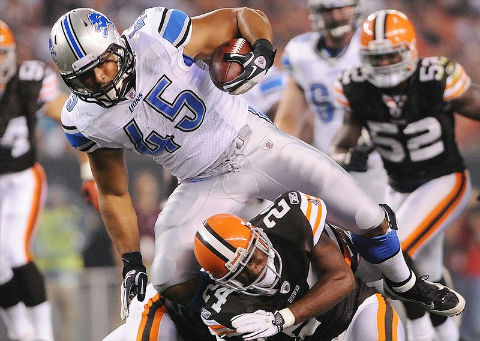 Over the weekend, we heard Minnesota Vikings fullback Jerome Felton was arrested for DWI. We didn’t pay much attention to it because, after all, he plays for the Vikings and what do Vikings players do?

They get arrested. Par for the course.

The circumstances of that DWI arrest have us paying attention now. Felton was in a McDonald’s drive-thru in Eden Prairie when he was picked up. Someone actually reported him while he was in line.

In an e-mail Monday, an Eden Prairie police spokesperson wrote that police responded to the McDonald’s on Prairie Center Drive at approximately 3 a.m. Saturday because of a report of an intoxicated driver waiting in the drive-thru lane.

Way to add to the league-leading arrest total, Jerome!