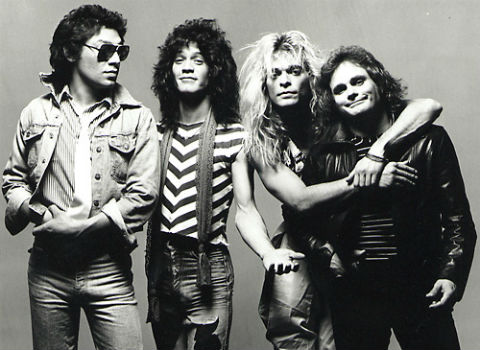 Speculation began yesterday that Van Halen would be the Super Bowl halftime entertainment for this season’s game, which we’re pretty sure the Green Bay Packers will be winning.

It stems from Eddie Van Halen saying the band will be doing something special in the new year.

“[I]n November, we’ll hit Japan, and in the new year, we’ll possibly do something special, but I can’t talk about it,” Van Halen tells Marco R. della Cava of USA Today.

The NFL typically hires someone who’s old to play halftime, so Van Halen would definitely fit the bill. With the exception of the Black Eyed Peas, who are a complete fucking joke, all of the halftime headliners since Nipplegate have been on the other side of 50. See Madonna, last season.

What’s good about this is at one time, Van Halen kicked major ass. And I’m talking about Diamond Dave Van Halen, not the pussified Van Hagar. Yeah, I hear your songs about love and feelings Sammy, now go drive 125 in a 55 and smash into a brick wall. Rock songs are supposed to be about two things — partying and broads!

Fortunately, Diamond Dave is back with Van Halen, although we’re not sure it’s really Van Halen because Michael Anthony has been replaced on bass by Eddie’s kid. What the hell is up with that? Did Michael Anthony forget how to play bass? Was he the root of all the infighting the eight times you guys broke up?

Anyway, in tribute to a time when rock and roll was awesome and Van Halen was king (and a potential Super Bowl halftime show), here’s a little number we’ve always liked.