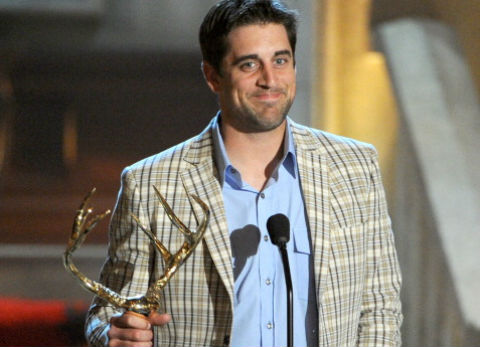 Those of you who can never have enough award shows will be happy to know this. Green Bay Packers quarterback Aaron Rodgers brought home an award at Spike’s Guy’s Choice Awards Monday night… er… Saturday night.

The event took place on Saturday in L.A., but it wasn’t broadcast until last night, so he won it on Saturday and you maybe saw it last night. Got that?

Anyway, he got this big antler trophy — because guys like to shoot animals, you know — for Top Fantasy Leaguer. You can tell by the photo how excited he was.

Actually, the award was presented by Malin Ackerman and Rodgers got to fondle her a little bit when he accepted, so that was probably the highlight of the show.

The real question is, did he bag Ackerman, Emma Stone, Mila Kunis or maybe Chrissy Teigan after the show? We’ll let you speculate on that one. That decision is probably a toss up for us, although we’re leaning towards Stone at the moment. 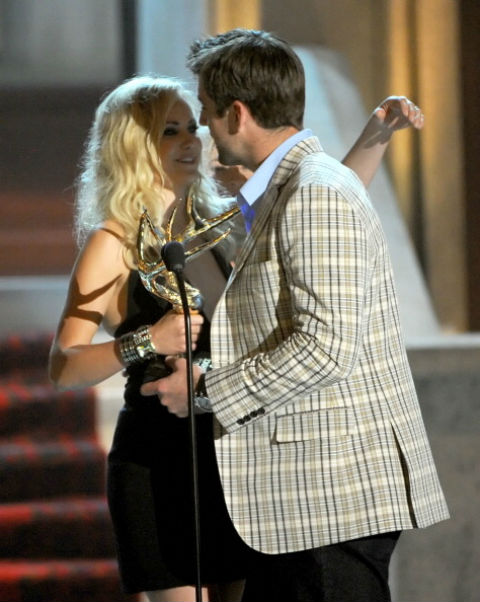