Mark Tauscher Has A New Career 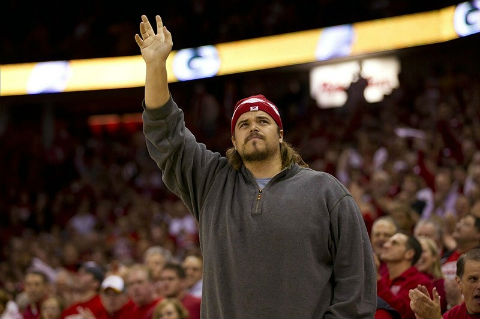 Tauscher, who held down the right side for 11 seasons with the Packers, is getting his first shot at broadcasting. He earned a one-game trial as an analyst at the NFL Broadcast Boot Camp.

Tauscher was one of 23 current and former players who went through the program. He was one of four chosen to broadcast an actual game.

Of course, you won’t get to hear Tauscher because the NFL is shipping him — or at least his voice — off to the UK. He’ll be doing analysis for the league’s broadcast partners across the pond.

Hopefully, we’ll get he hear Tausch bring some of his home-spun Wisconsin goodness to the stateside airwaves.

A.J. Hawk Didn’t Play Poorly Last Season, Except When He Did

Mike McCarthy Is Not Pleased With Charles Woodson [Photos]

Mike McCarthy Is Not Pleased With Charles Woodson [Photos]