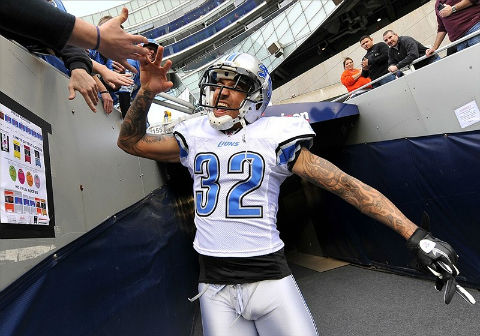 They’ve got some great character guys over there in Detroit, that’s for sure.

Detroit Lions cornerback Aaron Berry was arrested last weekend, making it the sixth time someone from the Lions has been arrested since the start of 2012. Berry got pegged for DUI and leaving the scene of an accident in Harrisburg, Pa. early Saturday morning.

A source told the TV station that Berry drove his car into a lineup of parked vehicles. He then got out of the car and began to walk away, per the source. A witness called the police, who arrived soon after, and Berry was arrested around 4:45 a.m.

Who do these guys think they are? The Minnesota Vikings?