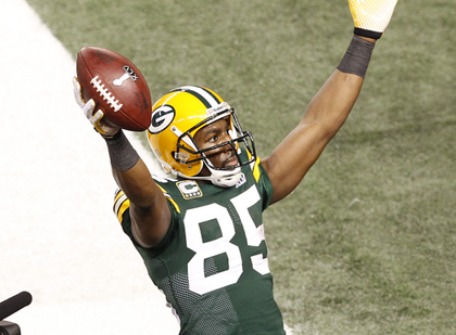 Man, it’s dead this week. So we’re turning to basketball for our Green Bay Packers news.

“Here’s my thing, and I’m a LeBron fan. Number one, the reason why he’s not like the ultimate closer like a Kobe or a Jordan, he’s not a shooter like that. Those guys can take that jump shot and win a game. LeBron is streak shooter, that’s not his game. The thing that bothers me though is, he can do whatever he can to help his team win but at the end of the day if they don’t get it done, it really doesn’t matter. Everybody, all these critics jump out at him. I’m a Dwyane Wade fan as well, but D-Wade can do no wrong, really. He can come and show up and not play in the first half of every single game and no one ever talks about that. It’d be OK. LeBron can’t do that. And for what reason? I don’t know. Maybe it’s because Dwyane has the championship ring and LeBron doesn’t. But I think t’s one of those things that they just have to develop that killer instinct and stick with it. I think that in the last couple games, they’ve both honestly kind of shined away from contact because of their free-throw woes, if you will. And it’s one of those things where if you’re that guy, you have to be that guy whether the result is positive or negative. You can’t pass up an opportunity to take your team to the next level because you’re not clicking on all cylinders when it comes to the game. Because I can tell you right now, I’ve dropped passes, but at the end of the day — and I know that I will drop another pass throughout my career — but at the end of the day, when A-Rod [Aaron Rodgers] drops back, I want the ball. Do I know that Jordy [Nelson] and [Donald Driver] and James [Jones] and Jermichael [Finley] and all these other guys can get it done? Absolutely. But I know me, and at the end of the day I trust my skills. And whether I have 10 drops in a game, missed four free throws in the clutch, still give me the ball, coach. And I just don’t see that with those guys down the stretch. But we’ll see what comes up of those guys in Game 6, but Boston is relentless.”

I think what he’s saying here is that LeBron James and the Miami Heat are soft, which we’ve known for some time. They’ll probably be eliminated from the playoffs by the Boston Celtics tonight.

Is it football season yet?