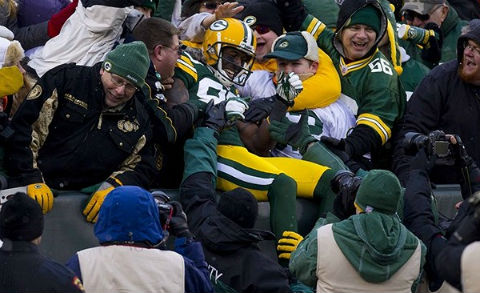 We were hearing receiver Donald Driver was a virtual lock to make the Green Bay Packers roster this season after restructuring his contract. However, that may not be the case.

But team sources tell us that the growing dilemma of providing enough opportunities for both Driver and the very talented — and considerably younger — trio of Randall Cobb, Tori Gurley and Diondre Borel could still put Driver squarely on the bubble once final roster cutdowns have to be made.

Cobb is clearly in line for an expanded role, but Gurley and Borel are the guys complicating things for Driver. Both practice squad receivers are going to be on an active roster this season, whether that’s with the Packers or someone else.

Borel has drawn praise from quarterback Aaron Rodgers, but Gurley is probably more ready to play. Both were offered active-roster contracts by other teams last season.

The question is whether the Packers go with potential or the veteran leader.