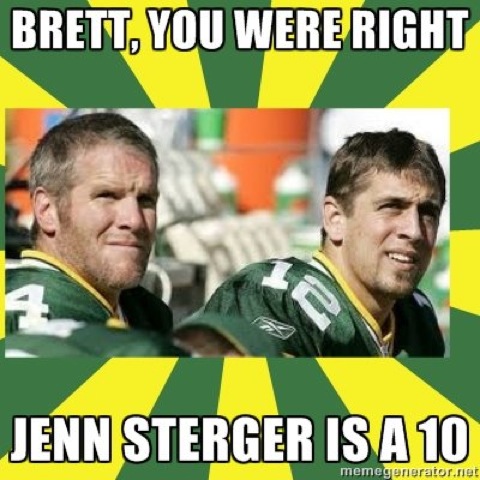 It’s been brought to our attention that there’s a Facebook page for Green Bay Packers memes.

What is a meme, you say? Well, you ignorant bastard, in Internet terminology it’s a concept that spreads via the Internet. Many of them involve someone taking an existing photo and adding a caption in the form of a quotation to it, much like we did with the photos of Aaron Rodgers talking to Donald Driver. Many more of them involve cats. Then people pass them around and laugh and shit.

We grabbed some of the best from the Packers memes page for your enjoyment. The Minnesota Vikings girlfriend is probably our favorite. Click the link above for more.

Bears Get Dissed In Math Problem, Charles Tillman Not Amused