Aaron Kampman’s Career May Be Over 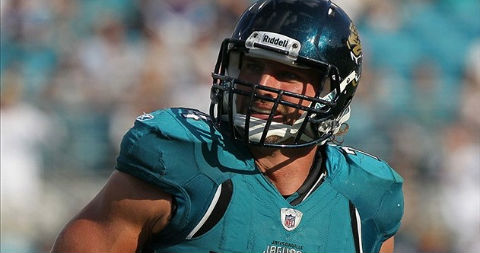 The Green Bay Packers made a wise move when they let defensive end Aaron Kampman leave via free agency prior to the 2010 season.

After signing with the Jacksonville Jaguars for $25 million over four seasons, Kampman spent most of his first two seasons with the team on injured reserve. They released him on Thursday.

Kampman only played in eight games in 2010 and three last season. If he returned healthy this season he would have only been a part-time player because of the emergence of several younger players. The team ultimately decided $5 million was too much to pay that type of player.

Kampman is now free to sign with any team. Might the Packers take a look at him?

He’s 32 and looked like a fish out of water when the team moved him to outside linebacker in 2009. Plus, the team drafted Nick Perry to hold down that spot.

It’s possible Kampman may catch on somewhere. It’s also possible his NFL career is over.

Kampman had 54 of his 58 career sacks with the Packers.