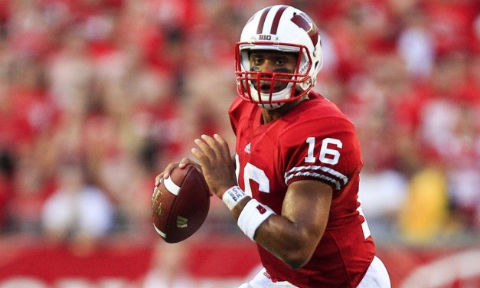 In case you didn’t hear, Wisconsin Badgers quarterback Russell Wilson was drafted by the Seattle Seahawks in the third round of the NFL draft.

The Hawks obviously think highly of Wilson, who at 5-10ish is considered too short to be a top-flight NFL quarterback by most draft experts despite his college resume. It was kind of a curious pick, especially considering Seattle signed former Green Bay Packers backup Matt Flynn, considered the top free agent quarterback not named Peyton Manning by most, prior to the draft.

Flynn was obviously brought in to start. His contract says so — three years, $26 million.

Of course, you don’t draft a quarterback in the third round you hope to be a career backup, unless you’re some kind of dynasty, which the Seattle Seahawks clearly are not.

Frankly, we really have no clue what they’re doing up there, but the question is this. If you’re a Green Bay Packers fan and a Wisconsin Badgers fan, as we know many of you are, who do you pull for in Seattle? Wilson or Flynn?

No, Aaron Rodgers Will Not Host SNL… Yet