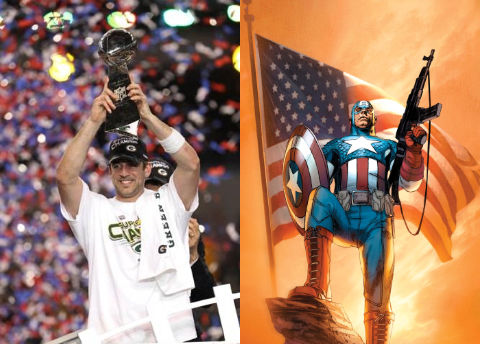 The Green Bay Packers… and the New England Patriots, but who gives two shits about the Patriots?

Cantor Gaming, a Las Vegas sports book that annually puts odds on every NFL game except those in week 17 prior to the season, has installed the Packers as betting favorites in every game in 2012.

No teams were favored in every game last season.

Conversely, The Walrus’ Cleveland Browns are underdogs in all of their games. Also notable: the Minnesota Vikings are favorites in only three games.

What? Do they play themselves three times in 2012?

Cantor doesn’t chart week 17 games because so many teams rest players if their game is meaningless.

You can see the full rundown by team at the Las Vegas Sun.