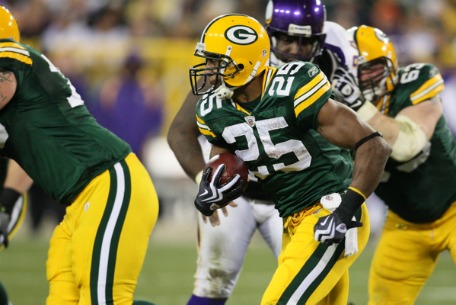 Or maybe we should be saying you’re boring us, Green Bay Packers. Either way, the NFL and the Packers have gone dormant, probably because everyone is preparing for the draft, which begins on April 26.

Here’s where we stand.

Free agency is over for all intents and purposes. All the big names have signed. Most of the nobodies have signed too. The Packers showed interest in two guys after signing outside unrestricted free agents Jeff Saturday and Anthony Hargrove — tackle Demetrius Bell and defensive end Dave Tollefson.

Bell signed with Philadelphia earlier this week and Tollefson visited last week, but left town without a contract. That probably means Tollefson wants more money than the Packers are willing to pay.

At this point, if the Packers do anything it will probably be bringing back one of their own free agents like Ryan Grant.

The rest of the NFC North isn’t doing much anymore either. The Chicago Bears signed some cornerbacks this week, but no one of note. The Detroit Lions had two guys in trouble with the law this week and the Minnesota Vikings continued to be the laughingstock of the NFL, although they’re attempting to change that by coaxing Bill Parcells out of retirement.

The rest of the league is boring us as well. The only think worth mentioning is the New Orleans Saints bountygate situation. Audio of former defensive coordinator Gregg Williams was released this week. In it, Williams can be heard telling his players to injure opposing players. Curiously, the audio was released just as the suspended parties were appealing.

Other than that, we’re pretty sure Tim Tebow is doing something, but we could really care less what it is.