I was chosen by the Green Bay Packers second overall in 1989.

I was drafted ahead of Barry Sanders, Derrick Thomas and Deion Sanders.

Sports Illustrated called me the best offensive line prospect ever. They also nicknamed me The Incredible Bulk.

I managed to play three seasons for the Packers before they cut me. During that time, I was addicted to drugs and alcohol.

Let’s hope the Packers do better than this on Thursday. It would be really tough for them to do worse. 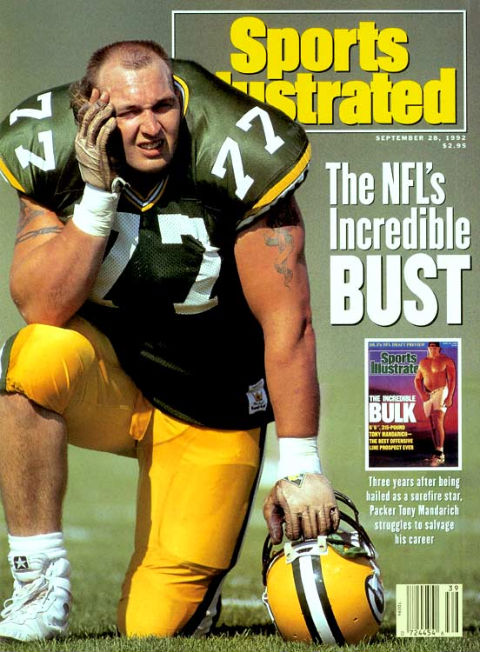