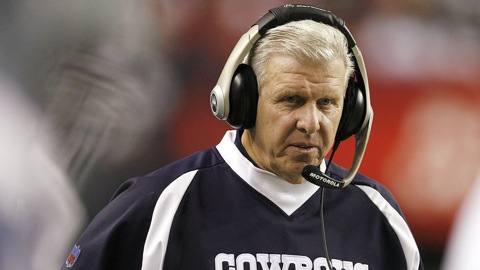 The New Orleans Saints aren’t the only team trying to lure Bill Parcells out of retirement. Now, the Minnesota Vikings are trying to get the former Giants, Patriots, Jets and Cowboys coach to take over their backwards operation.

Parcells has been expected to take over the Saints for the 2012 season while Sean Payton serves his one-year bountygate suspension. However, Vikings owner Zygi Wilf apparently wants in on the action too.

Wilf has told Parcells to name his price and is willing to give the 70-year-old full control of football operations. That means he’d replace both coach Leslie Frazier and GM Rick Spielman.

He might just make the Vikings relevant again. Of course, we have a hard time envisioning Parcells in purple.