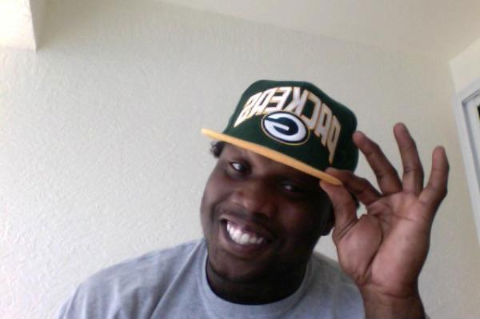 The Green Bay Packers were more active in free agency this season than they’ve been in, well… who the hell knows? The last guy of note Ted Thompson signed was Charles Woodson and he’s 85 years old, so the Packers probably made that move sometime around 1970.

So, since we know you couldn’t keep track of the flurry of activity from the Packers this offseason, we’re here to recap. Just think, the Green Bay Packers signed two — that’s right, TWO! — unrestricted free agents who actually suited up for other teams last season. Not only that, the team brought in another guy for a visit and threatened to bring in two more. Oh, and they signed one of their own guys and a street free agent, too.

Jeff Saturday
The Packers needed someone to replace center Scott Wells after he signed with St. Louis. That guy was former Indianapolis center Jeff Saturday. The team gave the veteran $7.75 million over two years. Meanwhile, Wells got $25.5 million over four years from St. Louis. Jeff Saturday — $3.875 million per season. Scott Wells — $6.375 million per season. Of course, Saturday is 37 and maybe has two seasons left. Wells is 31 and probably has about five. The Packers will need to develop someone behind Saturday quickly, but they save a couple million dollars over the next two seasons.

Verdict: A nice stopgap solution that allows the team some flexibility in dealing with soon-to-be free agents like Greg Jennings.

Anthony Hargrove
Let’s be honest. The Packers defensive line sucked balls in 2011. They needed to do something to improve it and although we expect them to address it in the draft, brining in defensive end Anthony Hargrove was step one. Although he’s bounced around the league, Hargrove’s presence certainly will be an improvement over that of Howard Green and the oft-injured, now suspended Mike Neal. Green and Neal did pretty much nothing in 2011. Green is an unrestricted free agent probably won’t be brought back in 2012, while Neal is suspended for the first six games. Additionally, the Packers paid Hargrove peanuts, giving him $825,000 over one season.

Verdict: If he can get close enough to sniff an opposing quarterback, he’ll improve the defensive line, plus he’s dirt cheap. Solid move.

Jarrett Bush
The Packers haven’t been active at all when it comes to re-signing their own free agents, with the exception of cornerback Jarrett Bush. As far as we know, the team’s best special teamer and nickel/dime cornerback is the only member of this year’s free agent class to receive a realistic contract offer. He may be the only member of the class to get a contract offer of any kind. He signed a three-year, $5.25 million contract, an average of $1.75 million per season.

Verdict: The Packers keep a solid backup and good special teams player without overspending. Bush may actually have been tougher to replace than Wells.

Daniel Muir
Although he was a street free agent, meaning he didn’t finish last season on an NFL team, Daniel Muir may actually bring something to the Packers. He’s 6-2, 312 and only 28 years old. He actually had 52 tackles for Indianapolis in 2009. Plus, the Packers only paid him $700,000 on a one-year deal. He looks like a decent addition to the defensive line rotation at the very least and someone who can spell B.J. Raji.

Verdict: There’s virtually no risk to this signing and the team needed some new blood on the defensive line. Who knows, it might even work out.

Dave Tollefson
Although he wasn’t a starter with the Giants, Dave Tollefson still have five sacks in 2011. The Packers brought him in for a visit, viewing him as an upgrade to a pass rush that was non-existent in 2011. The defensive end would have had to convert to outside linebacker with the Packers, but his five sacks are more than outside linebackers Brad Jones and Frank Zombo had combined in 2011. Erik Walden, who is a free agent and unlikely to return, had only three sacks in 15 starts. Tollefson ended up signing with the Raiders for $2.5 million over two years.

Verdict: Tollefson is from the Bay area, but won’t get a chance to start with the Raiders. That probably means the Packers low-balled him. Seems like stupid move.

Manny Lawson
Here’s a guy the Packers were said to be interested in. They reportedly talked to Lawson’s agent, but never brought the outside linebacker in for a visit. Although he isn’t much of a pass rusher, he is solid against the run and in coverage, which is another thing the Packers defense lacked in 2011. For some reason, there wasn’t much demand for Lawson, who ended up signing a one-year, $2.1 million contract to stay in Cincinnati.

Verdict: Would he have been an upgrade over Zombo and Jones? Probably, but he’s still limited. The Packers can probably find someone just as good or better in the draft.

Demetress Bell
The Packers have some questions at left tackle, where everyone is waiting around for Chad Clifton to get released, Derek Sherrod is coming off a broken leg and Marshall Newhouse isn’t exactly top-tier. Demetress Bell, who was a starter for Buffalo when he wasn’t injured, could have been the guy or, at the very least, provided competition for the others. The Packers were supposed to have him in for a visit, but apparently pulled out when Philadelphia lost their left tackle, Jason Peters, for the season. Bell signed with the Eagles for five years, but his contract is only guaranteed this season, which means he’ll likely be one and done in Philly. Still, the $3.25 million price tag for 2012 was probably too steep for the Packers.

Verdict: If they could have gotten him for the right price, this would have been a great signing. They couldn’t, so they were wise to pass.