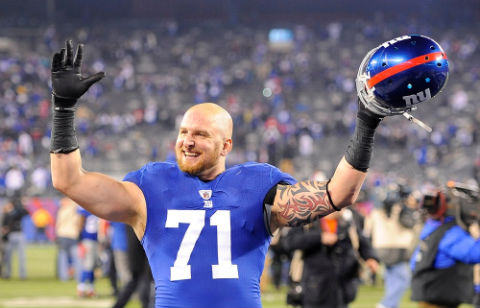 It looks like things are back to normal at 1265. After a wild and crazy couple weeks where we were pretty sure Ted Thompson was abducted and replaced with an alien clone, the Green Bay Packers have returned to doing nothing but waiting around for the draft.

That nothing includes not signing defensive end Dave Tollefson, who the team had in for a visit last week. Tollefson left town without a contract and subsequently visited both Seattle and Oakland. He signed with the Raiders on Friday.

Unfortunately, it appears the Packers weren’t even in the running for Tollefson. The Press Gazette reported earlier on Friday the former New York Giant wouldn’t sign with Green Bay, the team that initially drafted him.

The Packers would have moved Tollefson to outside linebacker, where he would have competed with the likes of Brad Jones and Frank Zombo for playing time. Tollefson had more sacks — five — in a part-time role with the Giants last season than Zombo and Jones combined.

In all likelihood, the Packers will look to the draft for an outside linebacker. However, there may now be a chance the team considers bringing back last season’s starter, Erik Walden.