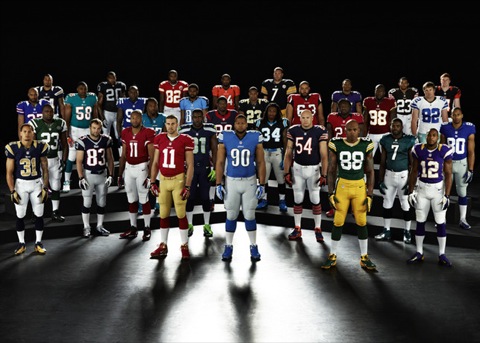 Nike took over as the NFL’s official uniform supplier today and with that, they unveiled new uniforms for every NFL team. There was some fear they’d mess around with the Green Bay Packers uniforms and turn them into some monstrosity like they did with the Oregon Ducks or Maryland Terrapins Pro Combat abominations.

They did not. It turns out, Nike isn’t dumb and neither are the Green Bay Packers. They don’t mess with tradition.

The Green Bay Packers have chosen to stay with their traditional design aesthetic as well as their former uniform fabrication for the coming season.

Meanwhile, the Seattle Seahawks uniforms underwent the most dramatic change. And let me tell you, only a mother could love this one… or maybe an Oregon fan.

Here’s a look at the changes to the Packers uniforms as well as the Seahawks new gear.