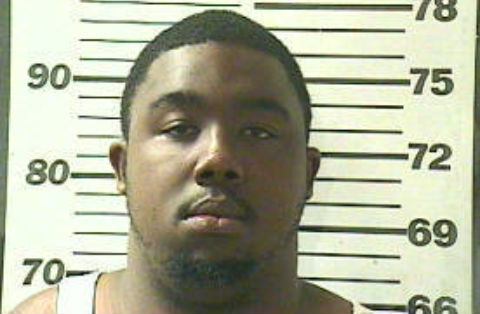 We told you about the new Onterrio Smith, Lions running back Mikel Leshoure, the other day. Not only has he been arrested twice since February for marijuana possession, but he tried to eat his bag of weed the last time he got stopped.

Although he still has a little work to do to live up to the lofty standard set by Leshoure, Lions defensive lineman Nick Fairley got pinched for marijuana possession Tuesday in Alabama.

Here’s the funny thing. Both of these guys were high draft picks last season — Fairley a first-rounder, Leshoure a second-rounder. Neither played much during their rookie year. Leshoure tore an ACL in the preseason and didn’t play a game. Fairley and his fat ass only played 10 games. He started zero and ended up with 15 tackles and one sack.

In all likelihood, both players will be suspended by the NFL to start the 2012 season because, well, they’re idiots. Frankly, you’d think the Lions would vet their draft picks a little better, but hell, what do we care?

They have a long way to go to catch up the lowest of the low — the Minnesota Vikings and their league-leading number of arrests. The Leos are making one hell of an effort though and for that, we salute you.