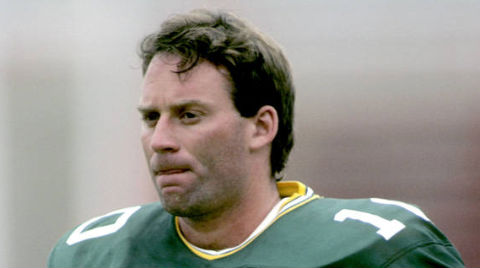 Former Green Bay Packers backup quarterback Blair Kiel, who was something of a punch line around here, died over the weekend of what appears to be a heart attack. He was 50.

Kiel was at a relative’s house when 911 was called and he was rushed to Columbus (Ind.) Regional Hospital, Bartholomew (Ind.) County coroner Allen Smith told the Tribune. Doctors continued to perform “advanced life support protocols” but weren’t able to revive him, Smith said.

Kiel, whose nephew Gunner is now a highly regarded freshman quarterback with the Irish, was pronounced dead at 12:21 p.m., according to Smith. An autopsy was performed and determined that Kiel died of natural causes, though officials also are awaiting tissue and toxicology tests.

Smith said a report that Kiel died of a heart attack was “something we’re not sure of yet.”

Kiel played for the Packers from 1988 to 1991 and served as Don Majkowski‘s backup, along with Anthony Dilweg. Since Majkowski was an injury waiting to happen, Kiel actually saw some time on the field during those years.

In seven games, he threw for 865 yards, 5 touchdowns and 4 interceptions. He was out of football after the 1991 season, but that didn’t stop him from making the news.

In 2009, he was arrested for striking a police officer at an Indianapolis Indians baseball game. Kiel was drunk at the time and a woman he was with called the police to say she was afraid to leave the bathroom because of him.

We’re kind of surprised liver failure wasn’t named as the cause of death.