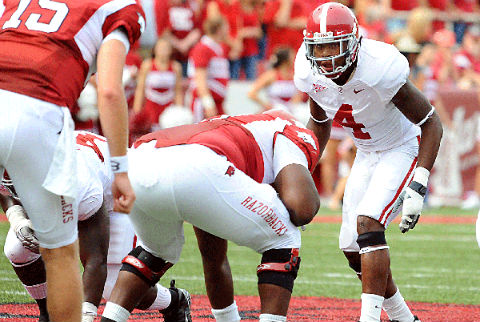 You know we like to place the occasional wager around here and we’re going to be betting big on this one. The Green Bay Packers will draft a safety early on draft day.

Why do we say this? It appears Nick Collins‘ future won’t be decided until after the draft. Collins is attempting to return from spinal fusion surgery and still doesn’t have all the appropriate medical opinions.

His agent, Alan Herman, said today that the Green Bay Packers safety hasn’t received all the medical advice he needs to make a decision about whether to continue playing following single neck fusion surgery last September.

“All the opinions aren’t in,” Herman said, “and I think he’s getting another opinion. That doctor was not available — he was on vacation — so I’m hopeful soon. But I think he’s got another meeting with one of the (doctors).”

What does that mean for the Packers?

It means they’ll either have to draft someone to potentially replace Collins or face the possibility of another season with Charlie Peprah as a starter. Although Peprah isn’t the worst option, he struggled mightily after replacing Collins last season. In 2010, Peprah was solid filling in for Morgan Burnett at the other safety position.

We’re not talking about replacing Burnett again though. The Packers need to protect themselves.

The top safety in the draft is Alabama’s Mark Barron. He’s probably the only safety who will go in the first round and is considered a mid-t0-late first-round pick.

While most prognosticators have the Packers picking a defensive end or outside linebacker in round one, keep an eye on Barron if he drops.