You May Be Able To Taunt Brett Favre On Twitter 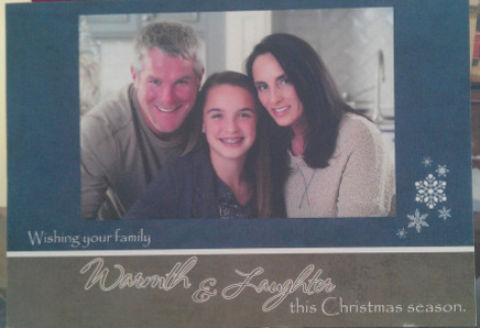 March 2, 2012 was a magical day. Why, you ask? Because that’s the day The Lord Himself, Brett Favre, finally joined Twitter.

Before you get too lathered up, there’s a problem with Brett Lorenzo’s Twitter account. There are seemingly two of them. The first one (@BrettFavre4) appeared Friday morning. A few people noticed and wrote something. Then, a second Favre account (@Favre4Official) appeared later in the day. It was named the real Favre Twitter by at least one outlet, which deemed the earlier account a fake.

Which is real and which is fake? Who the hell cares! Feel free to heckle both accounts.

If you’re betting, @BrettFavre4 looks more legit. There was one tweet on the first day.

Hello friends, family, and fans. This is my official account I finally found the time to join twitter.

The description beneath The Lord’s name says “Father, Husband, Retired NFL quarterback.” If it also said philanderer, then we’d know it was for real.

The account that was said to be legit later in the day — @Favre4Official — had some shitty fucking tweets about some virtual fan network crap. Yeah, Brett, you have so many fans that you can fill up a virtual network!

Anyway, the smart money says Favre has some lackey tweeting for him from whichever account happens to be real, while he’s off hitting on the Southern Miss cheerleaders.