Packers Will Bring In Jeff Saturday 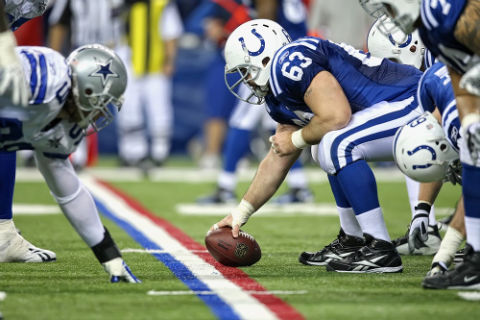 After losing center Scott Wells on Friday, the team has decided to bring in Jeff Saturday.

Saturday is 36 and has spent his entire career with the Indianapolis Colts. He’s a five-time Pro Bowler and four-time All Pro. Despite his age, he’s also proven to be durable, starting all 16 games each of the past three seasons.

The Packers will have competition for his services though. Tennessee and Denver, which just signed Peyton Manning, are also reportedly interested. The Broncos seem to have the edge because of Manning.

Even if the Packers do sign Saturday, he isn’t a long-term solution because of his age. The team can probably expect two good seasons from him and will have to develop a young player with or without Saturday.