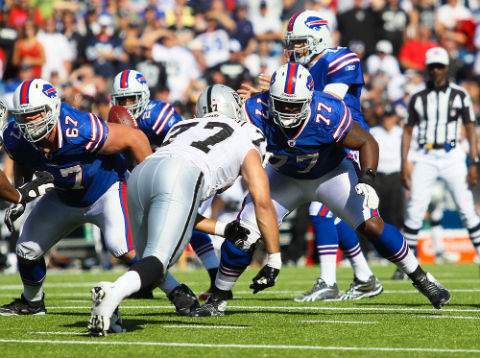 The former seventh-round draft pick was considered a project coming out of college in 2008, but became the Bills starting left tackle in 2009. He was injured eight games into that season. In 2010 he started all 16 games, but in 2011 again fell victim to the injury bug, playing only seven games.

Although he’s been injury prone, Bell is considered a starting-caliber left tackle. And because of his injury history, he’ll probably come cheap.

If the Packers signed him, he’d be expected to compete with Marshall Newhouse for the starting left tackle job. Veteran Chad Clifton is expected to be released and Derek Sherrod, last season’s first-round draft pick, is recovering from a broken leg. It’s not known when he’ll be able to return.

If he’s healthy and the price is right, look for the Packers to make this deal.