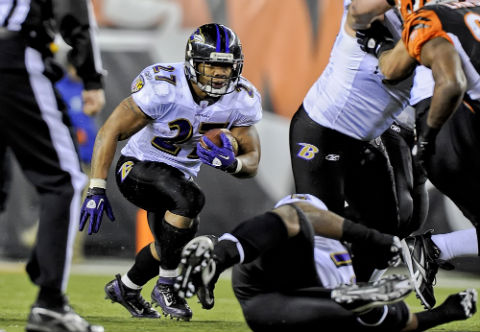 With Monday being the deadline for using the franchise tag on their own players, several teams have started to dole them out already. The Green Bay Packers are thus far, not among them. However, this will give you an idea of who will and who won’t hit the open market as a free agent.

Eagles: receiver DeSean Jackson — This guy is a pain in the ass, but he has a ton of talent and is a threat to score every time he touches the ball.

Falcons: cornerback Brent Grimes — We said it would be laughable if the Falcons franchised a guy had 49 tackles and one interception in 2011. This is their best cornerback. We’re laughing.

Raiders: safety Tyvon Branch — He’s a good, young safety. Branch had over 100 tackles in 2011. The Raiders have a myriad of salary cap problems, but this is a move they needed to make.

Ravens: running back Ray Rice — A no-brainer. Ray Rice is the Ravens offense.

49ers: safety Dashon Goldson — With both Branch and Goldson getting the tag, the two best free agent safeties are off the market.

Redskins: tight end Fred Davis — Even though he missed four games, he still put up Jermichael Finley-like numbers — 59,796 and three.

Bengals: kicker Mike Nugent — Man, they love their kickers in the AFC North!

Cardinals: defensive end Calais Campbell — This dude is a young pass rusher who’s improved every season in the league. You don’t find many guys like that.

Saints: quarterback Drew Brees — These guys are idiots for not finishing this deal earlier. Franchising Brees means they can’t use the tag on receiver Marques Colston or guard Carl Nicks.

Jaguars: kicker Josh Scobee — It must suck when your best player is your kicker.

Lions: defensive end Cliff Avril — Outside of Mario Williams, Avril was pretty much the only good pass rusher on the market. These negotiations could get contentious.

Titans: safety Michael Griffin — This dude is solid, but he isn’t great. He’s only had more than 100 tackles once in his five-year career. He only had two picks in 2011.

Broncos: kicker Matt Prater — Well, he is one of the best in the league.

Cowboys: linebacker Anthony Spencer — The fact that this dude is getting the franchise tag is a joke. He’s a poster child for unfulfilled potential. This is why Jerry Jones is the best general manager in football.

Colts: defensive end Robert Mathis — He’s getting up in age, but he can still rush the passer. The Colts look like they have so little talent right now, they might as well keep one of the few decent guys they have.

Giants: punter Steve Weatherford — Yeehaw! Now we’ve got a punter on the list!

Chiefs: receiver Dwayne Bowe — Probably a good move to keep the only pass catcher on your offense who remotely frightens anyone.

We’ll update the list as more players get the tag.