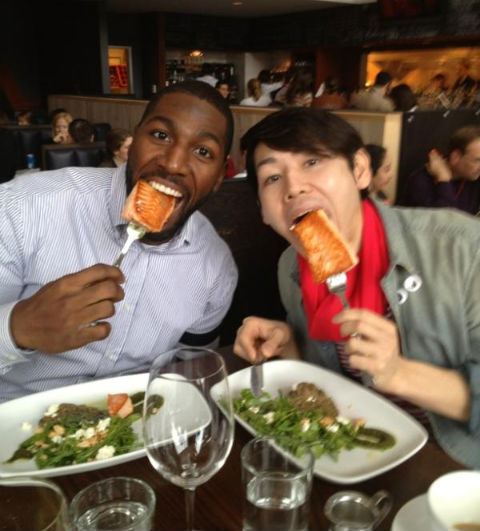 Saturday, the Green Bay Packers receiver was at SXSW Interactive, which is the technology throwdown before the SXSW music festival begins in Austin. Jennings sat on one of the panels at the conference and, according to Forbes, mostly talked about fantasy football. Here are some of the highlights.

On whether or not players pay attention to fantasy football:

“When a player says it doesn’t really bother them, they’re lying,” he said. “That’s the politically correct answer. As players, it puts pressure on us to make sure we’re the liked player in that category. It plays with your mind.”

Recounting a game against Pittsburgh where a fan screamed at him for his lack of production — Jennings then hauled in a 80-yard score:

“I wanted to turn around and be like, Am I still sucking for you? I remember sitting there and, like, I wanted to say something to a fan but I can’t let them know they got to me, because it’s fantasy football. But it’s probably the most serious game out there.”

“I remember getting hurt and I’m leaving the stadium, and first thing a guys says to me is, ‘Jennings, should I drop you from fantasy?’ And you sit back like, ugh, really?”

On whether players play fantasy:

“Anything that’s extra competition, guys want to be a part of it,” he said. Playing simultaneously in real and virtual versions of a game is just as confusing as it sounds, apparently. “You think you guys are serious, get a player that’s actually in the game and he’s playing against a player who’s on his fantasy team? You’re competing against a guy, but you want that guy to be successful.”

At some point, Jennings also had lunch with champion competitive eater Kobayashi, which you can see in the photo above. They claimed they were going to see who could down lunch the fastest, but cooler heads prevailed and they ate like normal people.

Obviously, food was a central component of the weekend, as you’ll see from this video.

B.J. Raji Is The Worst

B.J. Raji Is The Worst