Free Agency Begins Today, Packers Will Be Nowhere To Be Found 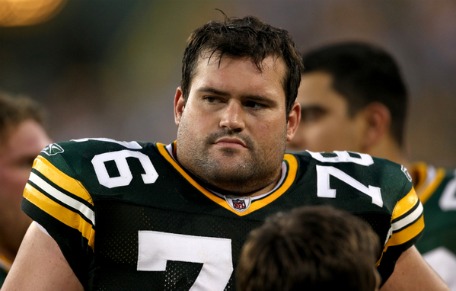 Free agency begins this afternoon and word out of Green Bay is the Packers will have nothing to do with it. Well, technically that’s not entirely true. The team will probably make a couple moves to bring their own guys back and will likely either have to re-sign center Scott Wells or his replacement, but there’s virtually no chance the Packers will make a splashy signing.

Quarterback Matt Flynn will be leaving for a starting job and the Packers will also have to make long-overdue decisions on what to do with veterans Chad Clifton and Donald Driver. Both have hefty contracts this season. Clifton is expected to be released and Driver could meet the same fate or could have his deal restructured.

The Packers will also have to decide whether to bring back guys like running back Ryan Grant and cornerback Jarrett Bush, who along with defensive lineman Howard Green and linebacker Erik Walden are free agents. The smart money is on Grant returning, but the others are likely to be playing elsewhere next season.

It should be a wild afternoon in just about every place but Green Bay. We’ll be tracking the big signings as well as the NFC North.

Previous Article
Packers Salary Cap And What They Might Do With It
Next Article
Bears Strike First: Trade For Brandon Marshall