Clusterfuck Update 3/17: Options At Center Diminish, 49ers In On Peyton 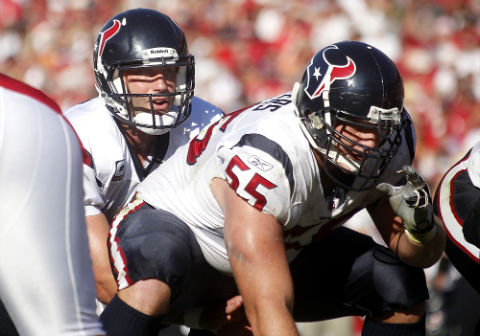 Things have slowed on the free agent front, but there have still been some notable developments over the past two days. Most notably for the Green Bay Packers, is center Scott Wells signed with the St. Louis Rams, getting a deal that averages more than $6 million a season over four years.

Master of Disaster, Ted Thompson, obviously has some top secret play for replacing Wells that involves sitting around and doing nothing. Just take a look.

Houston re-signed center Chris Myers, who had been continually linked to the Packers, to a four-year, $25 million deal with $14 million guaranteed. Myers was the top center on the market, but received almost the exact same contract Wells got in St. Louis. It seems pretty obvious the Packers don’t want to pay any center more than $6 million per season.

The Peyton Manning Derby is down to three teams — Denver, Tennessee and San Francisco, with the 49ers being a last-minute surprise entrant. The Niners watched Manning throw on Tuesday and there has been at least one report that they’ve emerged as the favorites to sign Manning.

Remember Atari Bigby? He played last season in Seattle, started two games and totaled 18 tackles. The oft-injured safety actually managed to play in 15 games for the Seahawks. He’ll play this season with the Chargers after signing a two-year deal for $2.5 million that could increase to $4.5 million with incentives.

The Bolts also added another speed receiver, signing Eddie Royal away from division rival Denver. Royal got a four-year deal.

The Raiders continued to drop big contracts, cutting linebacker Kamerion Wimbley. If the price is right, we’ve surmised the Packers might actually kick the tires on Wimbley. He had 16 sacks over the past two seasons and would provide a pass rush threat opposite Clay Matthews. Of course, we’re pretty sure Ted Thompson’s thumb is surgically glued up his ass.

We’ve also discussed the possibility of Levi Brown coming to Green Bay to handle the left tackle spot. Brown was released by the Cardinals, but they quickly re-signed him, making such speculation moot. Brown got a five-year deal to stay in Arizona.

The Chicago Bears quietly re-signed veteran defensive end Israel Idonije. He only got a one-year deal, which is a good sign the Bears are trying to replace him. They reportedly coveted Mario Williams, but didn’t get a chance to court him.

The one guy the Packers actually inquired about, defensive end Kendall Langford, signed with St. Louis today. Langford got a four-year, $24 million deal. The Packers called Langford’s agent, but didn’t bother to set up a visit.

The Falcons, who have been doing about as much as the Packers in free agency, re-signed veteran pass rusher John Abraham. He got a three-year deal he probably won’t play out. Abraham is 34 and only plays on passing downs, but had 9.5 sacks last season and 13 the year before.

New England looks like they’re about to land one of the top receivers on the market — Brandon Lloyd, who spent last season with Denver and St. Louis. This could end Chad Ochocinco‘s time with the Patriots.