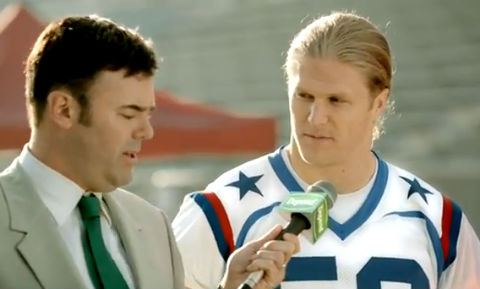 Matthews is joined by Dallas Cowboys linebacker DeMarcus Ware and New England Patriots receiver Wes Welker. They try on some diapers and then run around doing football stuff to show, I guess, that anyone can do anything while pissing and shitting themselves.

Seriously though, that stuff is involuntary. It’s not funny.

The guys are apparently wearing diapers to somehow raise money for the Jimmy V Foundation, although we’re not exactly sure how. If it weren’t for that, we might say this is proof Matthews will do a commercial for anything.