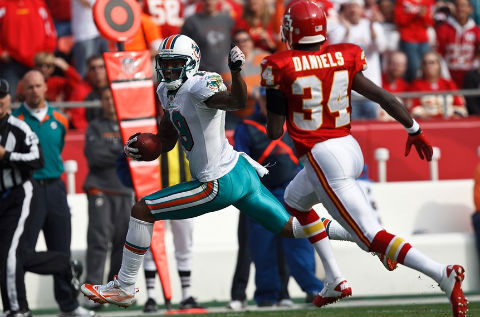 The Chicago Bears made the first big move in the NFC North, trading two third-round picks to Miami for receiver Brandon Marshall.

Marshall, who had 1,214 yards and six touchdowns last season, is a major upgrade to one of the Bears’ weakest positions. Running back Matt Forte led the Bears with 52 catches last season. Johnny Knox led the team with 727 yards. Roy Williams was the only other receiver to have more than 500 yards (507). In other words, the receiving corp was a joke.

The move reunites Marshall with quarterback Jay Cutler. The two previously played together in Denver and were one of the best quarterback/receiver combinations in the NFL. Marshall had 1,325 yards in 2007 and 1,265 in 2008.

Free Agency Begins Today, Packers Will Be Nowhere To Be Found