Bears Might Actually Try To Get Better This Offseason 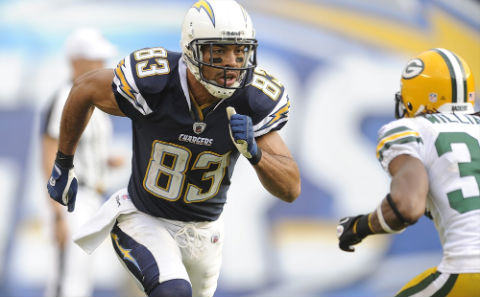 Following a year in which they were one of the lowest-spending teams in the NFL, again paid no attention to the fact they don’t have a No. 1 or No. 2-caliber NFL receiver, and the picked up a bunch of Dallas Cowboys castoffs, one of which turned out to be (allegedly) operating a major drug ring, the Chicago Bears might actually try to pull their heads out of their ass this offseason.

That’s right. Now that the organization has rid itself of Matt Millen 2.0 — former general manager Jerry Angelo — the Bears may try to address some of their needs. That list reportedly begins with receiver Vincent Jackson, who’s set to become a free agent after San Diego chose not to use the franchise tag on him.

Two sources say they expect Chicago to aggressively pursue Jackson, who caught 60 balls for 1,106 yards and nine TDs in 2011.

Jackson would give Bears quarterback Jay Cutler something he hasn’t had since he teamed with Brandon Marshall in Denver — a tall receiver. Cutler is on record as saying he wants to the Bears to get a receiver 6-2 or above this offseason. Jackson is 6-5.

Would the move put the Bears in the top two in the NFC North again? Maybe. It would definitely make their offense more dynamic. They still have an aging defense and holes on the offensive line, though.

If they address those needs as well, the division again has three playoff-caliber teams.