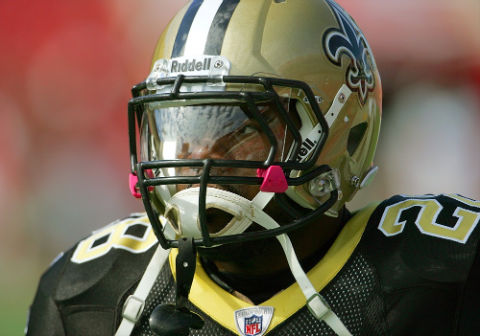 The NFL draft order is set and the Green Bay Packers will have the No. 28 pick in the first round.

At some point, we’ll take a look at prospects that might be available with the pick, but today we’re going to look at the last five players to be chosen at No. 28 and the impact they had on their teams. Although the draft is often a crapshoot, this will at least provide a recent historical perspective about the type of player the Packers might land.

2011 — Mark Ingram, running back, Alabama (New Orleans Saints)
474 yards, 3.9 average, 5 touchdowns
Ingram had an impact on the Saints offense. Unfortunately, he was injured for a substantial portion of the season and only played in 10 games. If not for the injuries, the fact the Saints are a pass-first operation and have two other solid backs in Darren Sproles (603 yards, 6.9 average) and Pierre Thomas (562 yards, 5.1 average), Ingram’s stats would have looked better. He has 1,000-yard potential and probably would be a workhorse if he played for another team.

2009 — Eric Wood, center, Louisville (Buffalo Bills)
Wood has been a solid contributor for Buffalo when he’s been healthy, which hasn’t been a lot. He started 10 games his rookie season before suffering a season-ending injury. In 2010, he started 14 games and lost two to an ankle injury. Last season, Wood only made it through nine games. The guy hasn’t proven he can stay on the field, but he is versatile — he’s started at both guard and center. He’s also helped revitalize Buffalo’s offense, particularly the running game, where Fred Jackson has turned into a top-flight back.

2007 — Joe Staley, tackle, Central Michigan (San Francisco 49ers)
Staley started from day one in San Francisco. He was shaky in the passing game his first two seasons and missed a combined 14 games in 2009 and 2010, but Staley has developed into a solid, reliable left tackle. The 49ers signed him to a six-year contract extension prior to the 2009 season and Staley made his first Pro Bowl and was named second-team All Pro in 2011. Staley helped pave the way for Frank Gore’s 1,211 yards in 2011.