Jermichael Finley Likes Your Criticism, Except When He Doesn’t 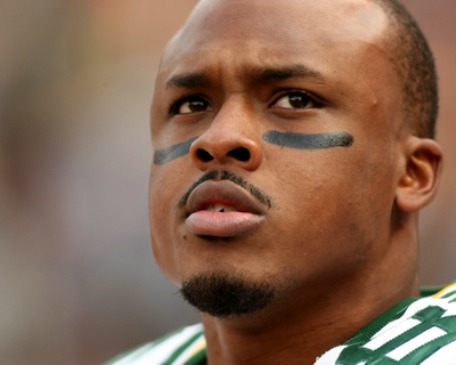 We all know Green Bay Packers tight end Jermichael Finley is a bit sensitive, so we’ll try not to hurt his feelings. That being said, for all his raw ability and proclamations about “taking over,” the dude drops too many damn balls and doesn’t produce at the level he should.

It’s frustrating that a guy who should be among the top three tight ends in the NFL, as far as playmakers go, isn’t. We ranked Finley eighth overall in our list of tight end rankings.

After signing a new two-year contract, Finley admitted that had he received the franchise tag from the Packers, he would have claimed he was a receiver. That could have upped his franchise tender to more than $9 million per season. While he has an argument, having lined up wide more often than he did on the line, as tight ends traditionally do, he didn’t have anywhere near the production of a No. 1 wide receiver.

Anyway, with his contract situation in the rear view, Finley is openly talking to the media again. One of the topics he addressed recently was fan criticism — people unleashed on him after he dropped three balls in the playoff loss to the Giants. He called it a mixed blessing.

“Working out every day, I think about all the criticism I get daily,” he said. “It’s kind of like . . . sad. But I’m going to bust my butt to prove everybody wrong, to show the naysayers wrong. I just zone it out and go to a different place.

Well, once you get that knife out of there maybe put down the weights and have somebody throw some balls at you. Work at hanging onto them and then you won’t have to worry about it either way, big guy.