Here’s To A Lackluster End To The Season!

by Monty McMahon
in Uncategorized
66 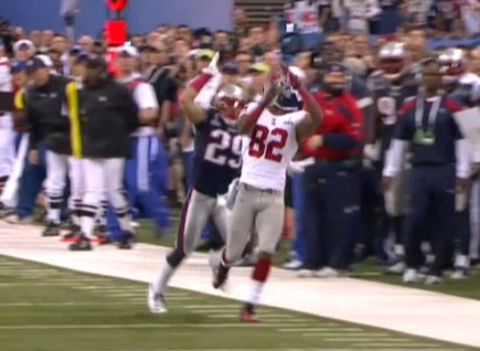 The 2011 NFL season finally came to end with a lackluster Super Bowl between two teams no one cared about. The New York Giants became probably the worst Super Bowl winner ever by beating the New England Patriots 21-17.

Consider this about the Giants — they’re the first 9-7 team to win the Super Bowl and they actually gave up more points this season than they scored. That’s… super!

As for the game, we didn’t really pay attention because, well… it pretty much sucked. We’re pretty sure there were only two plays the entire day. There was Wes Welker dropping a pass in the fourth quarter when he was wide open and there was a perfect throw from Eli Manning to Mario Manningham down the sidelines.

Somehow, these two plays resulted in 17 and 21 points, respectively.

The highlight of the day occurred after Welker’s drop, when color man Cris Collinsworth informed us that Welker makes that catch 100 times out of 100 times. An astute observation by Collinsworth, as always.

The game was so ho-hum, they gave the MVP trophy to Manning, who had this to say — “Aww, shucks.”

So concludes another season of NFL football. The league really outdid itself this season by showcasing its finest in a fantastic game at the end.

Well done, to everyone involved!

Redskins Also In Running For Flynn

Redskins Also In Running For Flynn