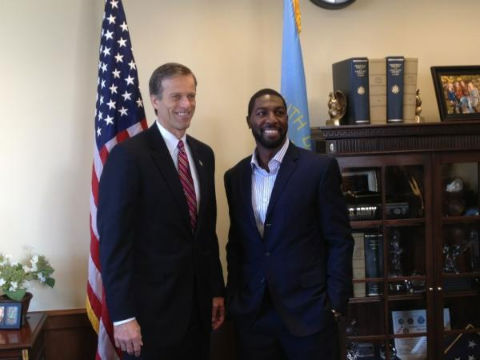 Green Bay Packers receiver Greg Jennings has had a busy offseason thus far. He was in Indianapolis for the Super Bowl last week, making appearances, partying, and getting his picture taken with B and C-level celebrities. Today, he was in Washington, getting in the ear of some politicians.

Jennings and NFL Players Association attorney Joe Briggs met with at least two Congressmen. From what we can gather, the conversation was the Greg Jennings Foundation.

Jennings had meetings with Rep. Fred Upton from his home state of Michigan and Sen. John Thune of South Dakota. He also took a photo with some idiot Minnesota Vikings fans, according to Briggs, who tweeted this message with the group photo below.

Of course they did. They had no idea what a real receiver looked like before today.

More importantly, does this mean Greg is eyeing a future in politics? We thought he wanted to be an actor. 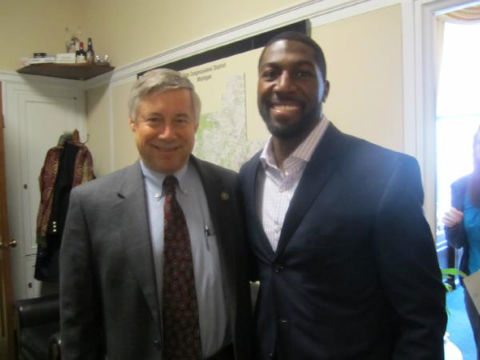 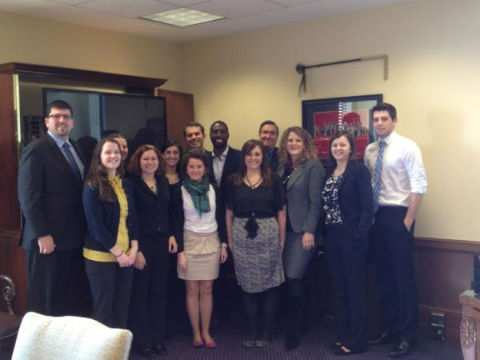