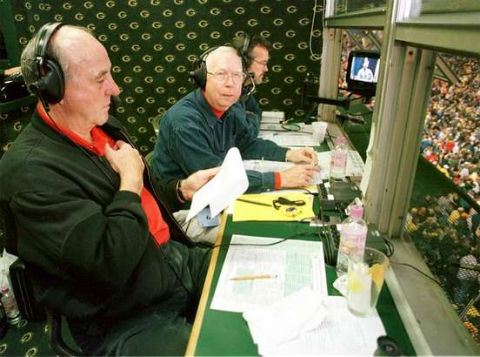 Irwin, 77, died Sunday in California. He had metastatic cancer.

Irwin was the voice of the Packers from 1969 to 1998, forming, with Max McGee, what was in our eyes the greatest announcing tandem in Packers history. From the time I was a kid, we’d always turn off the sound on the television during Packers games to blare Jim and Max on the radio.

Games weren’t quite the same after he retired.

Irwin was inducted into the Packers Hall of Fame in 2003. You can read more about Irwin in the Press Gazette and Journal Sentinel.

No, That’s Not Zach Galifianakis You Morons

No, That's Not Zach Galifianakis You Morons