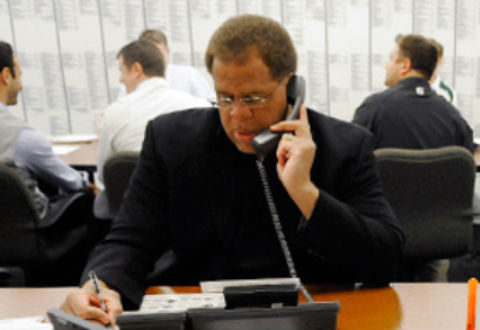 The Oakland Raiders will hire Green Bay Packers director of player personnel Reggie McKenzie to be their new general manager.

McKenzie was recommended for the job by former Packers general manager Ron Wolf, who has been consulting with the Raiders on their search.

“Reggie’s a tremendous evaluator,” Wolf told the Milwaukee Journal Sentinel on Wednesday. “He can tell you who can play and who can’t play. That’s what it’s all about. Some can write reports but can’t tell you who can play. Whatever that is, he has that. He has a feel.”

The full details of McKenzie’s role with the team are still being worked out, but coach Hue Jackson has expressed interest in having input on personnel matters.

McKenzie interviewed with the Raiders on Wednesday and reportedly accepted to take the job Thursday night.

Al Davis, the Raiders former owner, served as the team’s general manager until his death last year. McKenzie played linebacker for the Raiders from 1985-88.

Director of college scouting John Dorsey seems likely to take over McKenzie’s role with the Packers.