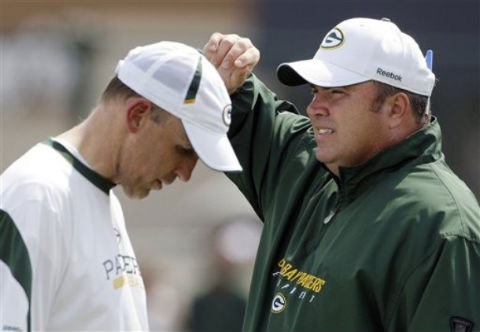 The Green Bay Packers lost only one game on the field this season, but that success could result in several off-field losses.

A couple of the team’s offensive assistants have already interviewed for head coaching positions and two members of the front office also appear to be in demand.

Here’s a look at each individual and where they stand.

Offensive coordinator Joe Philbin — Philbin has interviewed with the Kansas City Cheifs Wednesday, but the team is expected to remove the interim part from interim coach Romeo Crennel’s title. The Jacksonville Jaguars are also reportedly interested, although an interview hasn’t been confirmed. The Jaguars have only interviewed offensive coordinators for their opening and are presumably looking for someone to develop quarterback Blaine Gabbert. The Tampa Bay Buccaneers, who fired coach Raheem Morris, may also be a possibility for Philbin.

Quarterback coach Tom Clements — Clements has interviewed for the head coaching job at Penn State. Clements is a Pennsylvania native and will reportedly receive a second interview this week. While the second interview is a good sign for Clements, he doesn’t fit the kind of high-profile hire the Nittany Lions seem to prefer — think Urban Meyer at Ohio State. Then again, Penn State probably isn’t the desirable of a job right now.

Director of football operations Reggie McKenzie — McKenzie, who played for the Oakland Raiders, was interviewed for their open general manager job after being recommended by former Packers general manager Ron Wolf. If he goes to Oakland, McKenzie could be in for a tug of war with coach Hue Jackson, who has said he wants input into personnel decisions and input into who the team hires as general manager. It’s unclear if he’ll get either. The Chicago Bears, who cut ties with Jerry Angelo, may also take a shot at McKenzie.

Director of college scouting John Dorsey — Dorsey, who is pretty much a life-long member of the Packers organization, was given the opportunity to interview for the Indianapolis Colts open general manager job. He turned it down. The Colts axed Bill and Chris Polian and have the No. 1 overall choice in the NFL draft. It’s rumored that Dorsey may prefer to move up in the Packers organization if McKenzie leaves, rather than going elsewhere.