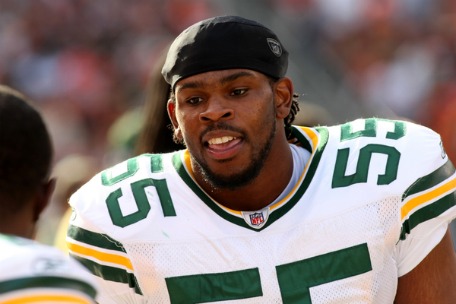 Both of the Green Bay Packers starting inside linebackers went down with injuries last week against the Detroit Lions. Neither will play this week when the Packers face the New York Giants in what will be, perhaps, the team’s last, best test of the season.

Desmond Bishop and A.J. Hawk didn’t practice this week and coach Mike McCarthy said today neither will play on Sunday.

The Packers will go with rookie D.J. Smith and former practice squad linebacker Robert Francois as starters on Sunday. Both played well in the second half of the Lions’ game, but neither has extensive experience.

Frankly, we doubt Hawk will be missed, but Bishop has been a catalyst for the Packers defense. He’s the only one in the front seven who consistently makes plays.

Unfortunately, the Packers’ undefeated season may well come down to how well two backup inside linebackers play on Sunday.