Andrew Quarless Out For Season 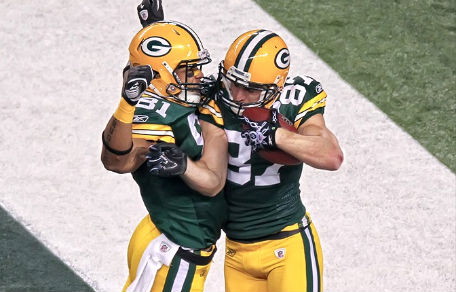 Quarless won't be jumping around anymore this season.

Green Bay Packers tight end Andrew Quarless will be lost for the season after suffering a knee injury in Sunday’s game.

The injury will require surgery. Quarless was carted off the field after going down.

So what does this mean for the Packers? Not much.

Quarless only had three receptions for 36 yards on the season with Jermichael Finley getting the majority of the snaps at tight end. Expect to see Tom Crabtree and D.J. Williams get more reps, with rookie Ryan Taylor possibly picking up a few here and there.

See, it’s a good think the Packers kept 17 tight ends after all. They’ll never run out!

Crabtree has five catches for 31 yards this season, including one touchdown, Williams has one catch for seven yards, and Taylor has none.