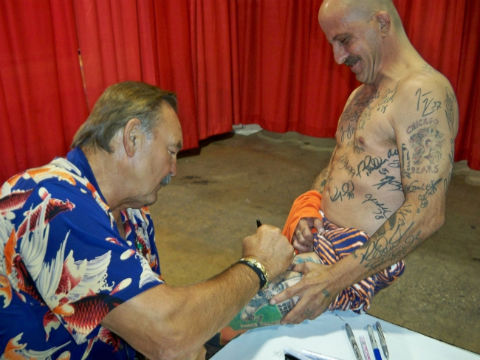 There are a lot of douchy Chicago Bears fans out there, but Glenn Timmerman is easily the runaway winner for the douchiest.

Oh, and there’s his car, which has a large Walter Payton logo on the front.

Does anyone doubt that this guy trolls around the local schools and tries to pick up little girls in his windowless van? Just look at that pederast mustache.