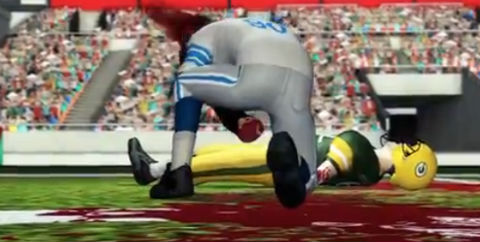 If you’ve ever seen these videos from NMA, they don’t make a lot of sense, which is what makes them funny. They made one last year about Ben Roethlisberger and Brett Favre‘s sexual exploits. In it, Roethlisberger had the actual Big Ben for a dick and Favre had a pistol — you know, because he’s a gunslinger.

I think you get the point.

So, they made one about Detroit Lions defensive tackle Ndamukong Suh stomping Green Bay Packers guard Evan Dietrich-Smith. In it, Suh doesn’t speak, he just roars a lot. He also tears apart and eats Dietrich-Smith in the pivotal scene, which may or may not have happened.

Anyway, that dick got suspended and here’s the video.