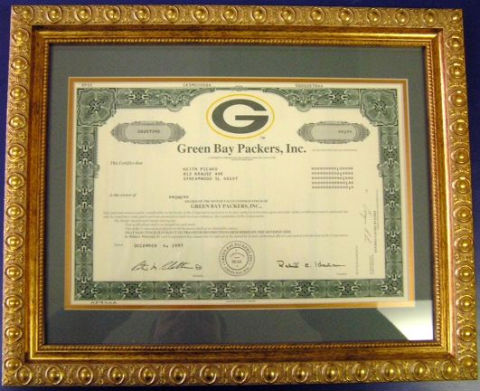 Since a lot of people have been asking and the Green Bay Packers haven’t released much, if any information about their stock sale, we thought we’d tell you what we know.

First, stock is not on sale yet. We don’t know when it will be and it sounds like the Packers don’t know either. We’ve spoken to people inside the organization twice in recent weeks and they say they’re still in preparation mode. Obviously, the report from CNN that stock would go on sale last week was completely inaccurate and idiotic.

Second, some people were running around saying you had to be pre-approved to buy stock. Those people are idiots. Here’s word straight from the Packers: “Our past sales didn’t have any pre-approvals, other than being purchased from an address in the 50 states or U.S. territory.” In other words, anyone who has a U.S. address is eligible to buy stock.

Third, you will know when the Packers start their stock sale. They’re not going to keep it secret. Not only will they announce it on their website, but every media outlet that covers the Packers, including this one, will have information about when and where you can purchase stock. You’re not going to miss it.

Kyle Orton May Be Chicago’s Answer

Kyle Orton May Be Chicago's Answer