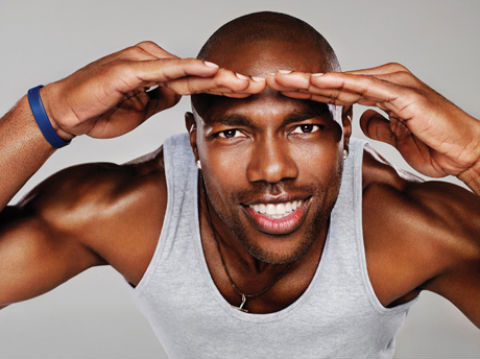 There are a lot of reasons why the Chicago Bears won’t sign free agent receiver Terrell Owens, but there are also some reasons it would make sense.

First, no one really knows where Owens is at. He held a workout earlier this week and no NFL teams attended it. After having offseason knee surgery, the receiver obviously isn’t in football shape and that’s just physically. His mental state of mind is another thing entirely. Owens was reportedly rushed to the hospital after overdosing on pills earlier this month — his assistant told the 911 dispatcher she believed it was a suicide attempt.

Despite those red flags, the Bears are suddenly back in playoff contention and really have only one top-tier offensive threat in running back Matt Forte. It’s a risk, but Owens could make them a better team.

Michael Wilbon suggests it’s a risk the Bears should take.

On the upside, don’t tell me [Jay] Cutler wouldn’t drop to his knees to thank the heavens for having a target/threat like T.O. to deploy. Forte and T.O. and [Devin] Hester? Think of a team’s second-best corner trying to cover Hester. It’s like adding an ace who moves your 15-win guy down a spot in the rotation. Even though T.O. is about to turn 38 years old, even though his route running ain’t what it used to be, even though he’s not going to be as explosive as he was two years ago, he’s still an upgrade on what the Bears have. There should be tangible benefit. Another plus? T.O. doesn’t start his antics right away. There’s always a honeymoon period. (Remember the tearful “That’s my quarterback!”) Since he wouldn’t be coming aboard until the midway point of the season, there would be much, much less time (and inclination) for drama. We’re talking nine games plus the playoffs.

We’re not so sure about the comparison of Devin Hester to a 15-win pitcher. In fact, we’re pretty sure the statement is asinine and we’re also pretty sure Sam Shields could handle him one-on-one, but that’s another debate.

The Bears aren’t going to compete with the Green Bay Packers with the roster they have. With general manager Jerry Angelo under fire for not upgrading the team’s offensive line and receiving corp in the offseason, signing Owens, although it might look desperate, could be just what the Bears needs.

Owens had 983 yards and nine touchdowns last season with Cincinnati.