Around The League: Week Four Review 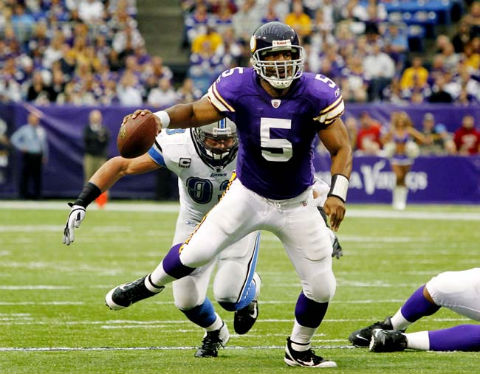 Here’s a look around the NFL after four weeks. Let us know if you agree or not.

Where the hell did these assholes come from?
[intlink id=”509″ type=”category”]Buffalo Bills[/intlink] — They probably got exposed in week four, losing to Cincinnati, but they’re still 3-1. Will they win the AFC East? Hell no. Can they make a run at the playoffs? Probably. I say they’re a 9-7 team, but quarterback Ryan Fitzpatrick is the real deal and he’ll keep them competitive.

[intlink id=”86″ type=”category”]Cincinnati Bengals[/intlink] — Look, they’re only 2-2, but did you really expect two wins all season from this bunch? Andy Dalton can fling it and he’s both a rookie and a ginger!

[intlink id=”199″ type=”category”]Tennessee Titans[/intlink] — They signed a dude we thought was washed up to play quarterback. Matt Hasselbeck has been the difference, though. Even with Chris Johnson shitting the bed, the Titans can score points and their defense is killer.

Washington Redskins/[intlink id=”298″ type=”category”]New York Giants[/intlink] — We don’t expect them to be there at the end of the year, but did anyone think either of these asshat teams would lead the NFC East at the quarter mark? Both are 3-1.

[intlink id=”126″ type=”category”]Detroit Lions[/intlink] — Yeah, we wrote them off as hype, but they can score in bunches. They’re 4-0 and The D has reason to be proud. Still, when they play a real team — and let’s be realistic, the Cowboys don’t qualify — they’re going to be overmatched. That being said, the Lions are dangerous, Jim Schwartz is the perfect coach for that team and these guys will make the playoffs. They’re a year away from contender, though.

[intlink id=”89″ type=”category”]San Francisco 49ers[/intlink] — They’re probably doing it with smoke and mirrors, but going into Philly and winning was impressive. They don’t have a ton of talent, but now that they have a coach that isn’t a complete buffoon, they’re not a team to be overlooked.

[intlink id=”386″ type=”category”]Pittsburgh Steelers[/intlink] — Another 2-2 disappointment. The statistics usually play out, though — lose the Super Bowl, miss the playoffs the following year. Can they turn it around? We won’t count them out yet, but they haven’t looked like a contender at all.

[intlink id=”158″ type=”category”]Kansas City Chiefs[/intlink] — Obviously a one-year wonder. With Jamaal Charles lost for the season, they don’t stand much of chance of turning things around. At least they beat the Vikings.

[intlink id=”374″ type=”category”]Philadelphia Eagles[/intlink] — hahahahahahahahaha! Where’s your Dream Team now, cunt? Paper champions, just like we said. Their defense sucks. Maybe instead of signing every big name free agent on the market, they should have signed someone who can play linebacker at at least a mediocre level.

Top 10
1. [intlink id=”28″ type=”category”]Green Bay Packers[/intlink] — Of course we’re homers, but they’re the defending champs and 4-0. They deserve this spot. Their defense is a work in progress, but their offense is next to unstoppable.

2. Detroit Lions — Everyone puts more established teams like New England at No. 2 and the Lions haven’t played anyone, but can you argue with 4-0? More importantly, would you want your team facing these guys in the playoffs?

3. [intlink id=”234″ type=”category”]New Orleans Saints[/intlink] — They’re probably 2B with Detroit being 2A, but we know they’re beatable. Anybody else want to see another shootout between Aaron Rodgers and Drew Brees in the NFC Championship game?

5. [intlink id=”275″ type=”category”]Houston Texans[/intlink] — They’ve always had the offense. Now they have the defense. Playing the Saints tough in New Orleans showed us something. The question is, can they withstand the temporary loss of Andre Johnson?

6. [intlink id=”756″ type=”category”]San Diego Chargers[/intlink] — They’ve had an uncharacteristic decent start this season. Plenty of talent, even without tight end Antonio Gates. The Chargers just have the look of a team that could implode at any second. Usually happens in their first playoff game.

7. [intlink id=”68″ type=”category”]Tampa Bay Buccaneers[/intlink] — They’re young, but they’re coming. Probably still a year away from being a real contender, but you have to like quarterback Josh Freeman. They just manage to keep winning.

8. [intlink id=”343″ type=”category”]Baltimore Ravens[/intlink] — Are they as good as their 3-1 record? Doubtful, but they’re good enough. The question is whether Joe Flacco can transition from a slightly above average quarterback into a good quarterback. Right now, he’s probably the Matt Ryan of the AFC.

9. [intlink id=”298″ type=”category”]New York Giants[/intlink] — Their win over the Eagles looks less impressive now and they would have lost to the 1-3 Cardinals if the refs hadn’t gift wrapped the win for them. Nonetheless, they’re getting the job done. Their defensive line is strong and, we hate to say it, but so is Eli Manning. Statistically, he’s the best passer in the league in the 4th quarter.

10. [intlink id=”29″ type=”category”]Oakland Raiders[/intlink] — No offense to Buffalo, Washington or Tennessee, but the Raiders play old school football better than anyone and that’s why they made the list. They have an outstanding running game, led by Darren McFadden, and a stout defense that’s especially strong against the run. If it weren’t for quarterback Jason Campbell, they’d probably be 3-1, if not 4-0.

3. Calvin Johnson — 321 yards, 8 TDs — His yardage total might not be all that, but he’s scoring two touchdowns a game and he’s consistently beating double and triple coverage to do it. A lot of guys have nicknames. Megatron is one of the few that fits. Johnson is a killer.

4. Darren McFadden — 468 yards, 3 TDs, 6.5 ypc — Last season McFadden began to show why the Raiders chose him in the first round. This year, he looks like he’s playing at Arkansas again. Speed and power — the total package in a back.

5. Cam Newton — 1,386 yards, 5 TDs, 5 INTs, 4 rushing TDs — Not a fan of him coming out of college, but you can’t deny the results. Newton has had Carolina in every game and, since they’ve given up running the ball, is the only reason. There are probably four quarterbacks we wouldn’t trade for this guy right now — two are on this list, one is named Brees and we’re debating about Phil Rivers. He’s this good now — imagine when he knows the playbook, has an offensive line and a running game.

2. Donovan McNabb — 680 yards, 4 TDs, 2 INTs — So the Vikings thought this washed-up SOB was going to be their stopgap after a dismal season in Washington. Good work. Threw for exactly 39 yards in week one.

3. Nnamdi Asomugha — 8 tackles, 1 INT — We thought you were the missing link in Philly? What happened? Why do we keep seeing highlights of your ass getting scored on?

4. Rex Ryan — Didn’t you guarantee a Super Bowl again this year, asshole? You’ll be lucky if you make the playoffs with that defense and that quarterback. When will you become the fat, loudmouthed idiot that cried wolf?

5. DeAngelo Williams — 143 yards, 0 TDs — This turd signed a contract for around $20 million in the offseason. He’s averaging 3.9 yards per carry and Jonathan Stewart has more yards. Also, your dead weight on my fantasy team, you prick!

Previous Article
Favre On Rodgers: He Fell Into A Good Situation
Next Article
Rodgers: League Deserves Blame For Johnny Jolly